The sun has firmly set on Primavera Sound 2018 and as the brutalist shipping yard settles back into business as usual we’re here to give you a retrospective rundown of the highlights, surprises and magical moments from this year’s festival.

There’s something special about Primavera Sound. Unlike other city-based festivals that noisily squat over their chosen location for a weekend, Primavera is woven into the fabric of Barcelona. Some might argue that this is simply down to the length of stay, Primavera has occupied the Catalan city in one form or another for almost 20 years. But having attended the festival, there’s much more to its embedded nature than plain longevity. Organisers plan the festival so that it begins and ends in venues located in the innermost depths of the city. In fact most of Primavera’s city-based industry talks, workshops and musical events took place just metres from the famous MACBA contemporary art gallery, which doubles as a legendary, unofficial skate spot. What’s more, the majority of inner city happenings are open to the public as well as festival goers, a positive move that shows respect for the local community. 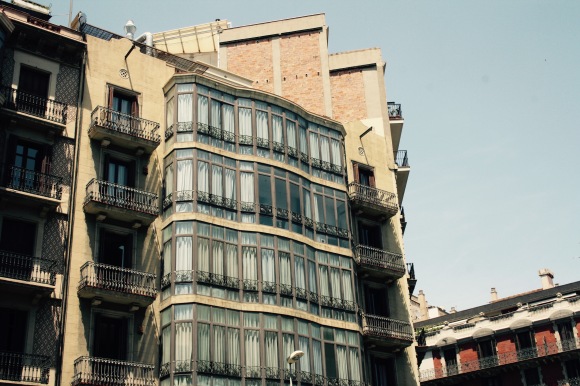 One inner-city event worth mentioning took place as part of the Primavera Pro talk series, during which Father John Misty sat down for an hour with Adam Curtis, the unconventional mind behind documentaries such as Hypernormalisation. While dibs at the event were firstly reserved for press, members of the public and general festival goers in attendance all got a spot- so keep an eye out for similar events next year. The main points of discussion revolved around the unusual music choices Curtis makes as part of his film making process, and the divisive impact they have on the audience. But more than this the talk offered a unique, intimate glimpse into the minds of a great musician and great journalist, access not typically be granted at other festivals.

Moving onto the music, the ultimate highlight of the city-based events was Kyle Dixon & Michael Stein performing the music of Stranger Things. The duo made an appearance on both Saturday and Sunday in the Auditori de Barcelona, a venue nestled into the city’s cultural heart and tailor made for classical music. While this may sound like an unusual pairing, the cavernous heights of the auditorium gave drama to the intermittently eerie and elated Stranger Things soundscape. Bars of strobe lighting structured the stage set adding narrative significance to the music as the notes of elation coincided with a transition to blue strobe, while the notes of dread provoked the familiar and feared strobe red. Ultimately Dixon and Stein assembled what can only be described as a sonic drama that kept the festival fatigued audience mesmerised for its entirety. 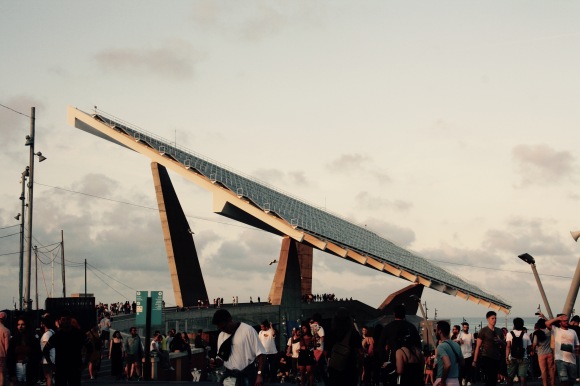 Other festival highlights included an implausibly honest performance from The National on Friday evening, during which lead singer Matt Berninger sang in the sunset with the same raw regret as if he’d lost his soulmate not five minutes ago. The crowd was visibly moved, with more than a few tears shed as Berninger dedicated ‘About Today’ to the late Frightened Rabbit singer Scott Hutchison. On the subject of bands, the post-punk group Idles gave a formidable performance at the Adidas stage on Saturday, thrashing their way through their set with chaotic command. The group played new tracks from their forthcoming album ‘Joy as a Form of Resistance’, paying honest tribute to the NHS and immigrants, all of which established them as easily one of the best live acts on the circuit.

In terms of memorable and original sets Liminal Soundbath’s Friday show deserves a mention. If you don’t already know the group is formed of Sigur Ros’ Jonsi, Alex Summers and Paul Corley who performed in the enclosed Warehouse space, embedded in the depths of one of the monolithic concrete structures at Parc del Forum. Upon entering the smoky, dimly lit venue the crowd was encouraged to sit on the floor, from which point things only got stranger. The experience was a literal sound bath with waves of sonorous notes, felt both sonically and physically. Jonsi threaded his tender vocals through and over the vibratory tones while literal ghosts weaved their way through the crowd.

Other newsworthy performances included Mount Kimbie, who expanded their live set-up in tandem with the larger, krautrock sound of their most recent record. Two extra band members took to the Primavera Live stage with the original duo in the late hours of Thursday night, executing an indefatigable set. On Saturday Red Light Radio’s Orpheu the Wizard guided the crowds from day, deep into the Spanish night with his carefully curated set of obscure records and tempered grooves. And a final word has to go to Unknown Mortal Orchestra at the Apple Music stage on Saturday, during which lead singer Ruban Nielson took his guitar and leapt into the crowd not two songs in, muscling his way right back to the sound desk.

All in all Primavera Sound 2018 prioritised the rare, the unique and the talented, refusing to give preference to one genre over another. It was a festival curated with a clear appreciation of its host city and music in the widest sense. If you’re planning on attending next year, two words of advice: 1) drag yourself out of bed (no matter how big the hangover) and make your way to some of the inner-city events. 2) Make the effort to queue for the indoor venues on site, they offer some of the most intimate musical experiences and some of the most unusual.

If you’re looking for already on board for Primavera Sound Barcelona 2019, early tickets are already on sale!